Lucy O’Neill started mucking around in clay in the early 80’s after taking a class at The Arrowmont School of Arts and Crafts in the Smoky Mountains. That was followed by several years at The University of Tennessee. Her clay journey continued at a number of Recreational Centers in both Tucson and Denver, including The Arvada Center for the Arts and many years at Arapahoe Community College. She has been President of The Arapahoe Ceramics Guild for 4 years.

Although she does quite a bit of functional work, she is fascinated by the random effects that Raku and other alternative forms of firing create. While very particular and critical when it comes to creating her work, she knows and loves that all control goes out the window when firing raku. While you can somewhat guide the firing, most of the results are serendipitous. You are at the mercy of the Kiln Gods.

The other variable that is ever present, is that by removing the piece from the kiln at anywhere from 1300 to 1800 degrees Fahrenheit, there is a huge risk the piece will break simply because of the extreme temperature variation producing thermal shock. As a result, no raku piece will be food safe or able to hold liquid.

Pushing the clay to its’ limits – how far out can that wall go without collapsing, how big the platter, how small the little opening at the top – all the while keeping in mind perspective, presentation and how the piece will be finished. 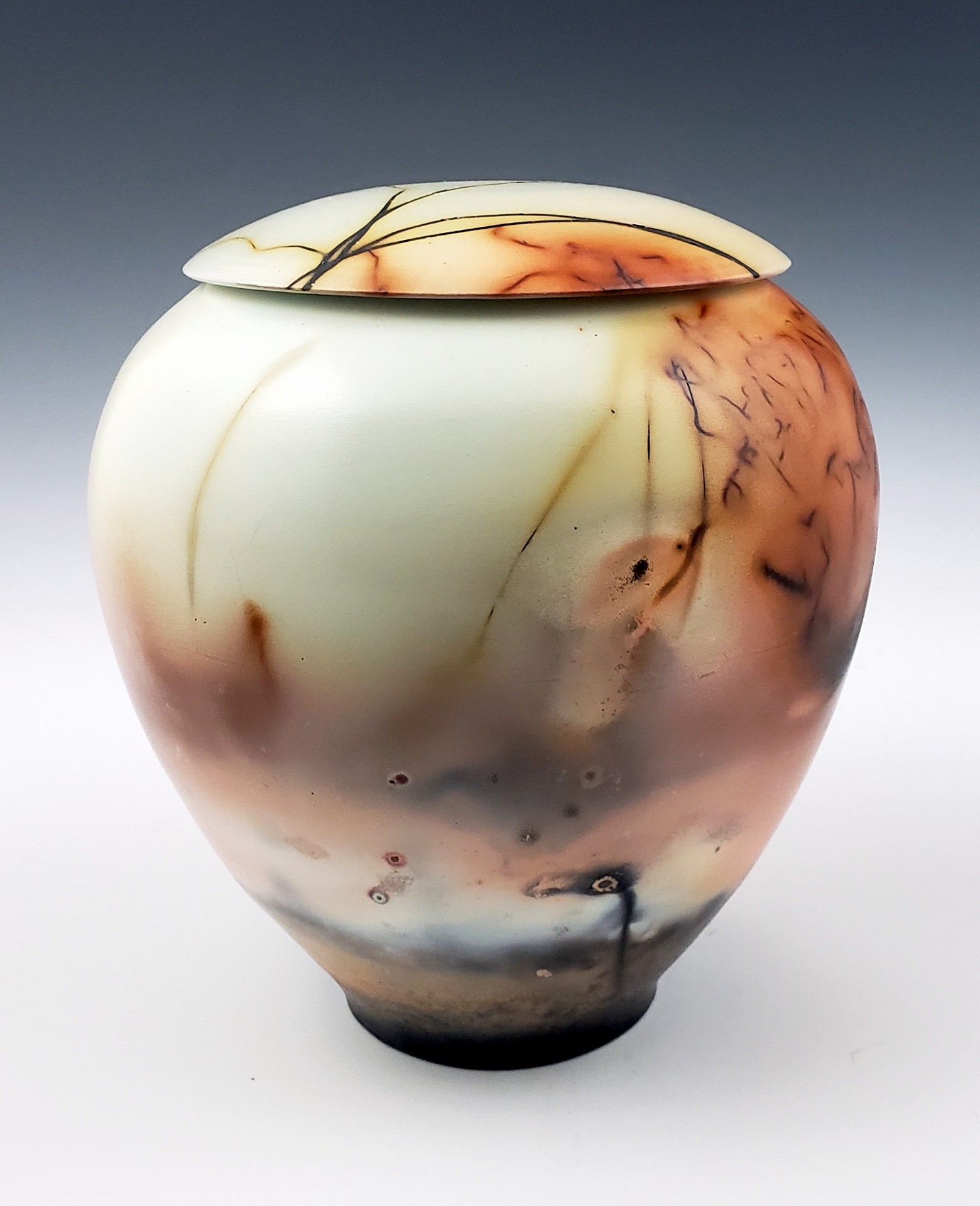 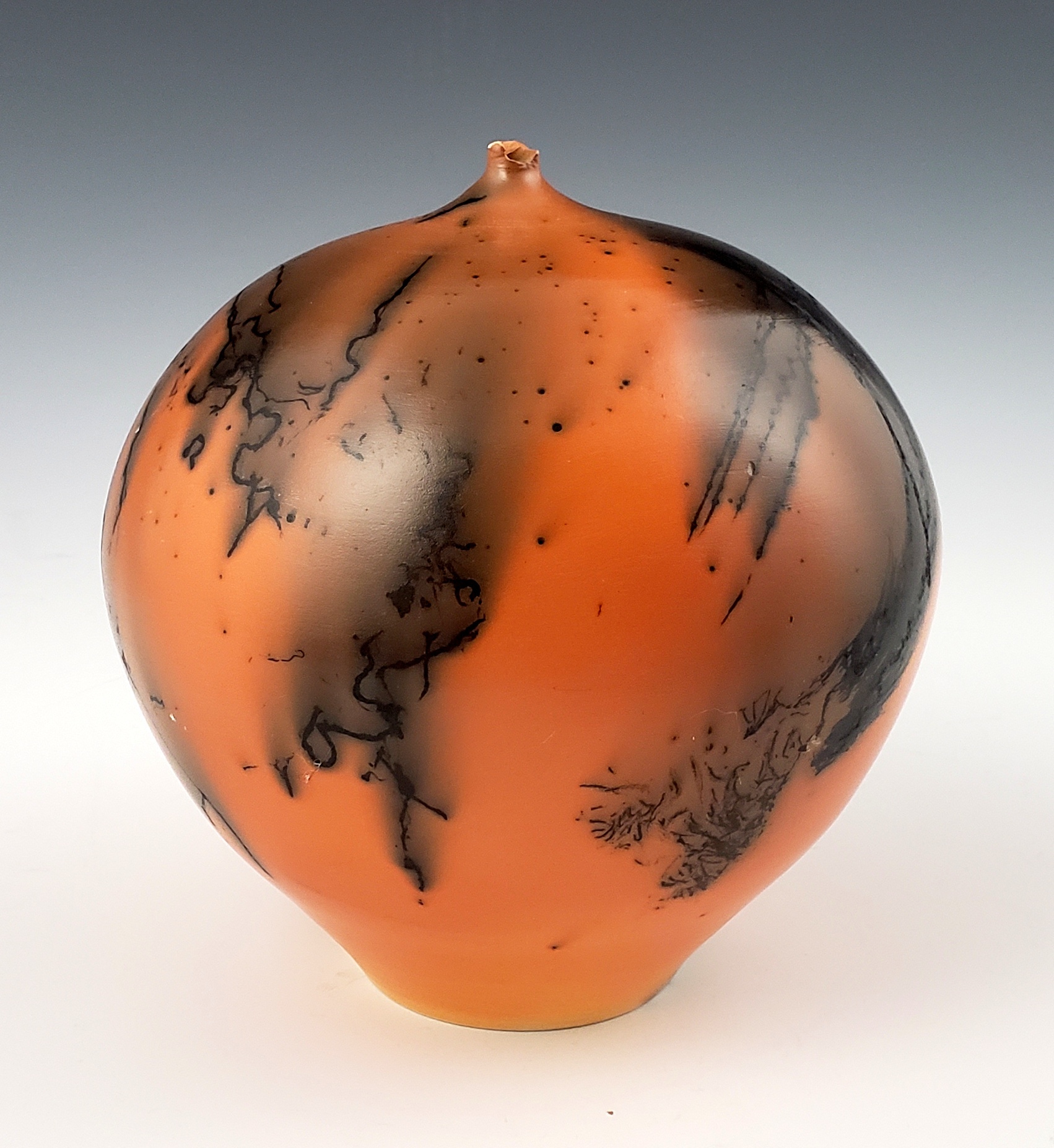 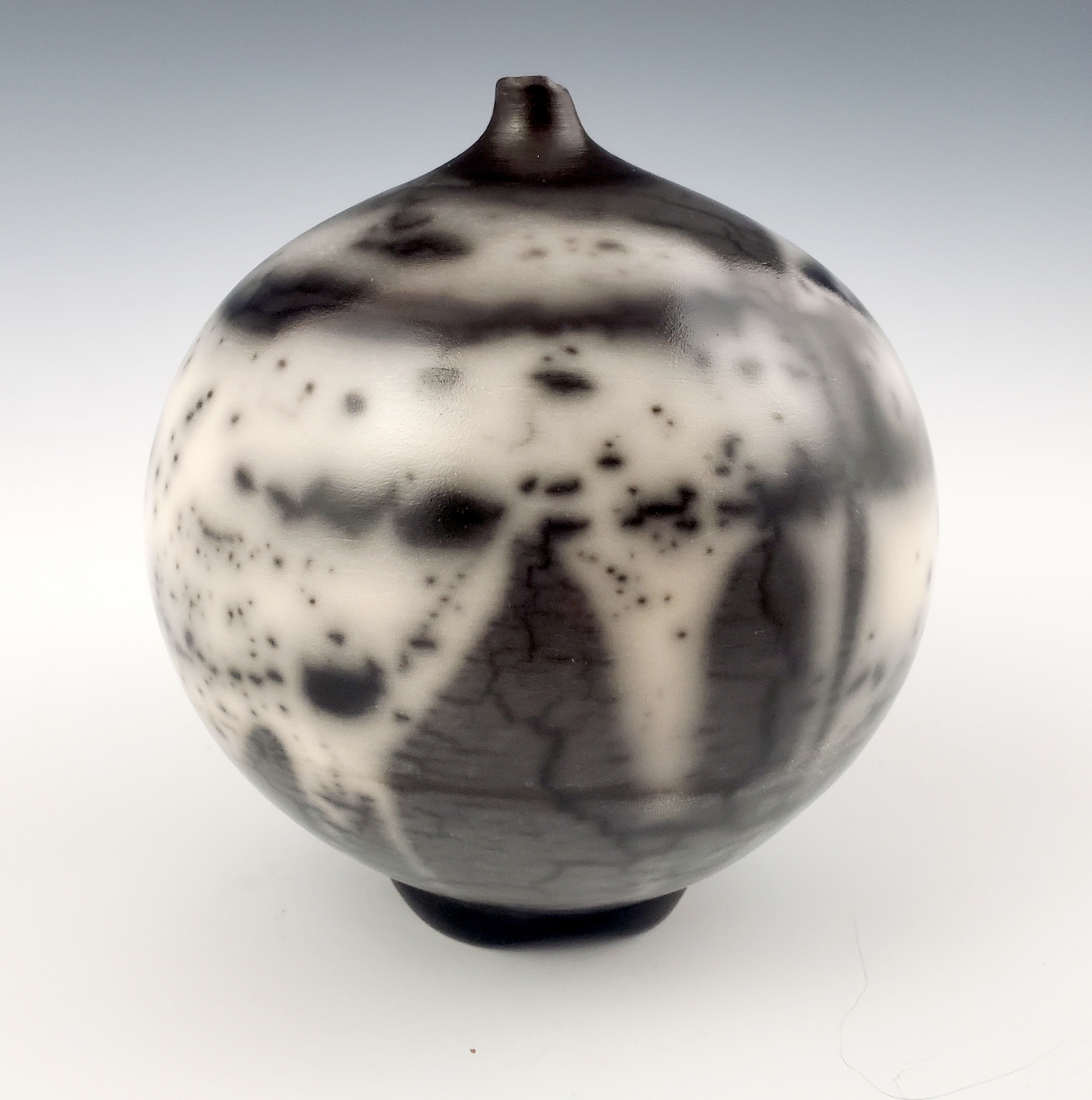 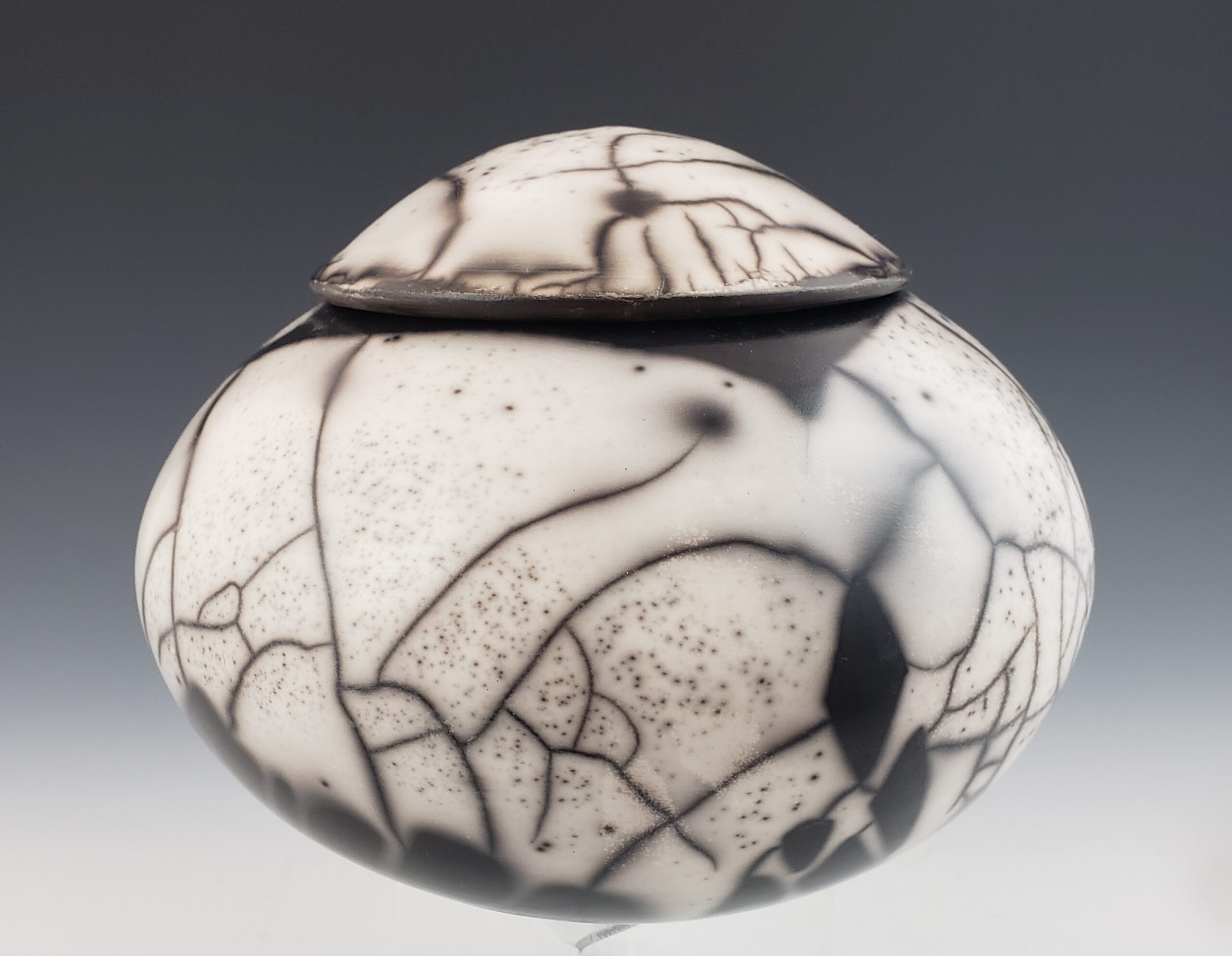 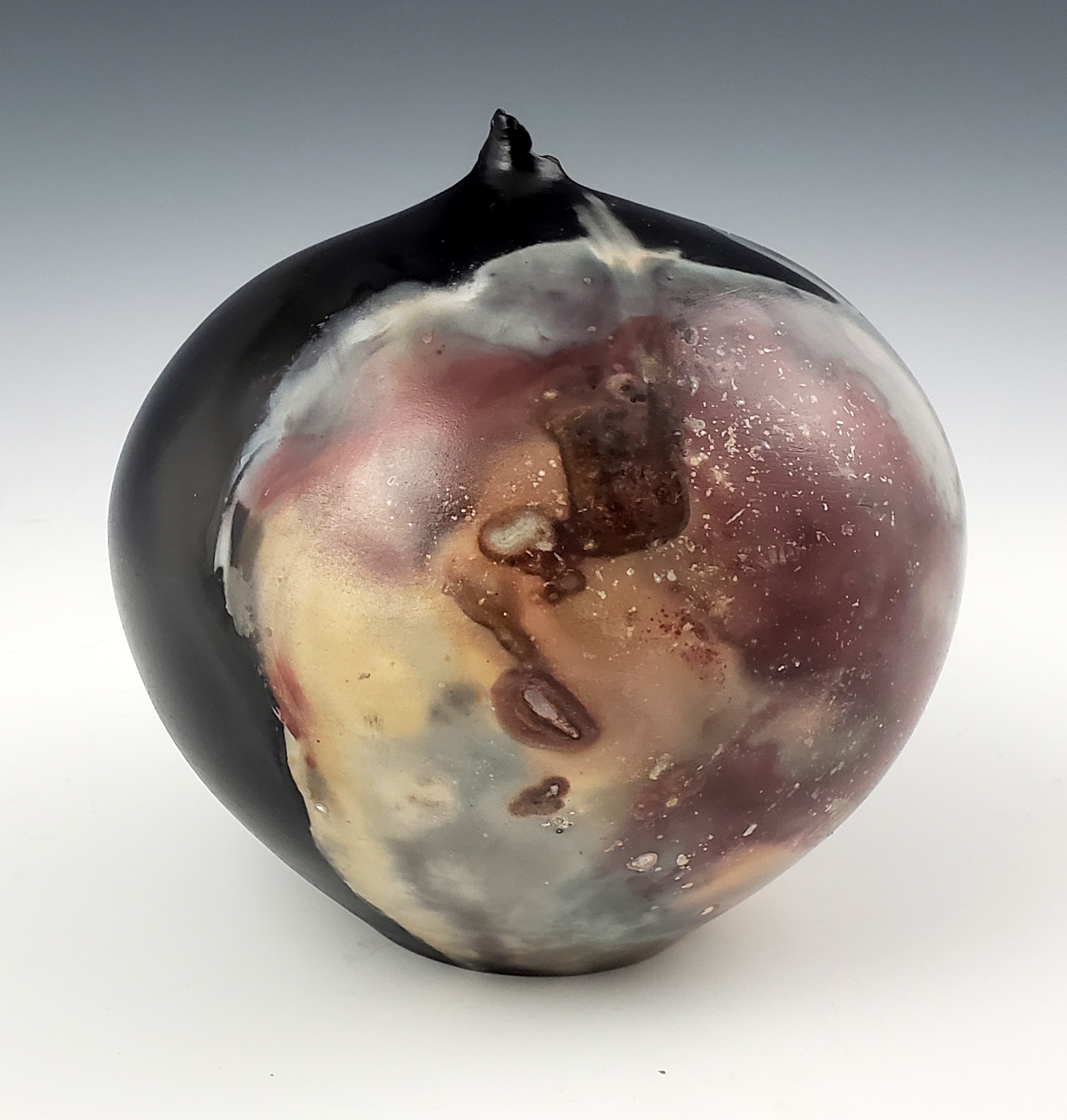